The Magnificent Battle Records of A Former Noble Lady 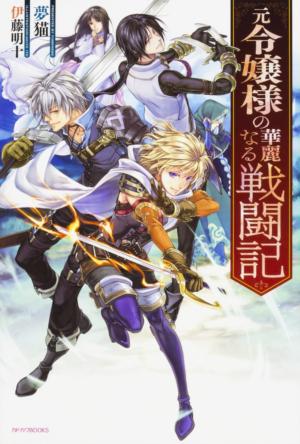 Syltina was originally a Duke’s daughter.

Sentenced to exile two years ago, she crossed over to the neighboring country and entered its Guild. The current Syltina, who became strong to the extent that even foreign countries knew her name, was summoned by the country which exiled her.

In order to purify the land defiled by monsters, Syltina gets stuck in a journey with a partner who constantly has zero motivation, the girl from the different world who drove her into banishment, the First Prince who was her former fiance, her former brother who is a Knight and a pointlessly shy magician.

This is the story of Syltina slicing off enemies, playing the part of a Straight Man (tsukkomi) and sometimes, the Fool (boke) to her companions.