The LV.99 Middle Boss, Starts His Second Life with Subordinates! 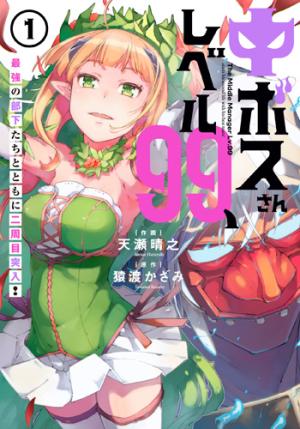 This dungeon is no good!

One day, Narugoa, a single monster, is appointed as the mid-boss of the first dungeon, the Cave of Silence, which is the closest dungeon to the heroes’ home base. The dungeon is full of unmotivated employees (monsters), and Narugoa decides that this is not good enough, so he begins a major reform of the dungeon.

But then the legendary heroes who had already defeated the Demon King arrived, and Narugoa challenged the heroes alone to protect his beloved employees, but was defeated, and somehow was reincarnated in a world 100 years later!

In a world 100 years in the future, a painful mid-boss fantasy unfolds with the employees of the legendary Cave of Silence, which has become a great labyrinth! Here it comes!

Magic exists, but the protagonist cannot use it. It is a world where God exists. There is also gore.–Mangadex.org