The Last Surviving Alchemist Wants to Live Quietly in the City 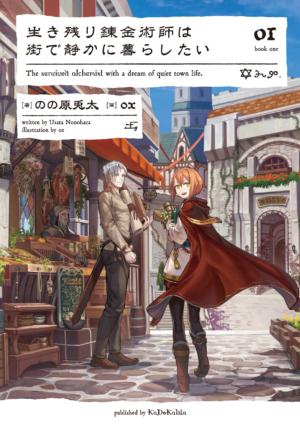 The Kingdom of Endalgia was destroyed by rampaging monsters coming from the Demon Forest.

The alchemist, Mariela, was able to escape almost certain death by using the “Magic Circle of Suspended Animation.” Although it was somewhat inadvertent, she awoke nearly 200 years later, in a time where all other alchemists had died out.

A labyrinth was left where the demons had stampeded through. In this labyrinth, a city formed from what little remained of the Kingdom of Endalgia. Its purpose was to manage the Demon Forest.

In this city, the only remaining potions were decades old and the effectiveness of these potions had deteriorated. This caused the price of potions to increase by nearly 100 times.

Mariela became the only alchemist left in the city able to make potions. This story is about Mariela secretly selling potions while trying to relax and enjoy life in the labyrinth city.