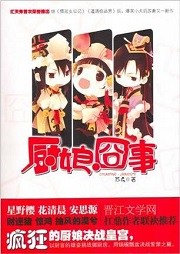 The Lin family have a daughter called ‘No Bird’.

Lin No Bird does not know how to cook despite coming from a family of chefs. She has no ambitions, and her culinary skills are limited to instant noodles. In a freak accident, the pressure cooker she was using to cook instant noodles exploded and she found herself transported back in time.

Her family in that era are also chefs and she is lead by circumstances to enrol as a Trainee Imperial Chef.

With the help of 5 packets of instant noodles and a tube of Maybelline lipstick, she managed to pass the test and enter the Palace.

While working in the Royal Kitchens, she captured the heart of the outwardly-impervious Head Imperial Chef Miao Man Xi, and earned her position as an Imperial Chef.

However, the affections of Miao Man Xi embroiled her into the world of court politics. Caught between a man and a seeming rosy future, which will she choose?