The Journey of Flower 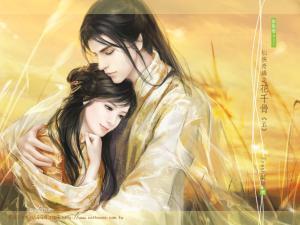 When they first met, he is the aloof and remote high deity of Chang Liu, whereas she secretly sneaked in by transforming into a small insect lying on the tree but was blown off into his wine cup. “Accidentally fell down?” His smile is mild but merciful, that was the only time in her life that she saw him like that eventhough for a mere insect. Because of a one year pact, she did everything possible, just so she will be able to eventually call him shifu. “Shifu why do you accept me as a disciple?”

He did not reply but gave her a small bell as a present, stroking her head lightly.

A shadowy figure in a billowing white robe, standing visibly on top of the stone daily, overlooking the hills.

She vowed that she will never let him feel lonely anymore.

But the frequent companionship and mutual support in Heartless Hall finally came to an end.

To save him, she committed a really big blunder. However ……

“A mistake is still a mistake.” He remained indifferent.

Shifu, do you know how painful it is to be hurt by the person you love most?

Do you know when you feel sorrow to the extreme but still holding on to the happy memories, unwilling to forget, longing day and night for that person is how painful and pitiful?

So, with a smile she did not give up, even if that love is colder than death.