The Insane and Good-For-Nothing Lady 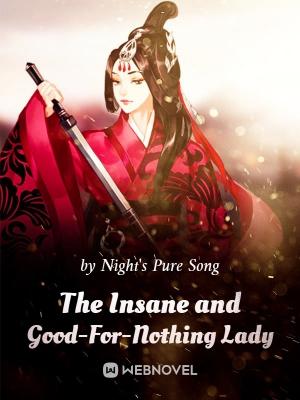 The daughter of the chancellor had turned ret*rded due to an accident when she was a child. Hence she was scorned, unwanted by her fiancé the crown prince, ignored and abused by her stepmother and stepsiblings before finally dying at the hands of the ones she called family.

On the brink of death, the soul of another Feng Ruchu was drawn to her body and she was thus reborn, transforming into a breathtaking and omnipotent talisman master.

Wanna fight me? I’ll bring you to your knees!

Wanna argue with me? I’ll slap you till you’ll be looking for your teeth all over the floor!

Wanna fool me? I’ll crush your mind with a talisman!

She would go against the royal family, fight scumbags, eliminate white lotuses, and punish villains.

The onlookers trembled in fear. Who was this girl? Why was she so arrogant?

The Saint of the Holy Cloud Palace rubbed his forehead in exasperation. “What to do with this disciple of mine? Just keep letting her be!”