The Impostor Luca and a Black Monster 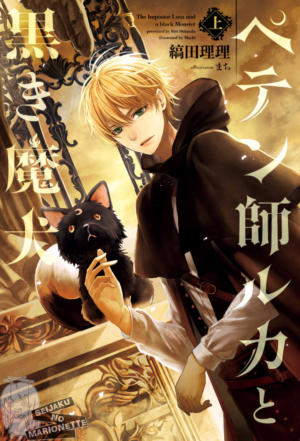 Sorcery is taboo. People who reveal sorcery to the public will be condemned to the stake–. Luca, a young man who claims to be a student traveling and living off of scamming others, owns the banned magic “mana.” Luca hides his “mana,” which is referred to as the “devil’s magic” and goes on a journey to find his father’s enemies and the grimoire left by his ancestors. On his journey, he meets a puppy with black and white fur. The dog he named Saro has the hidden ability to transform into a monster or a human…!? One man and one dog’s medieval renaissance style fantasy opens its curtain!