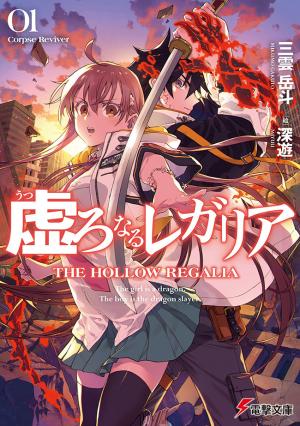 That day, the appearance of a huge dragon in the skies above Tokyo was the beginning of the collapse of the nation called Japan.

The Japanese died out due to the arrival of monsters called Beasts and the 『Great Massacre』 that broke out all over the world, and the entire nation of Japan turned into a lawless zone occupied by the armies of many countries and criminal organizations.

Yahiro is one of the few Japanese survivors. Having acquired an immortal body by bathing in the blood of a dragon, he spends his lonely days as a 『retriever』 carrying out works of art from the now ruined Tokyo.

The ones to visit such Yahiro were the twin girls Giulie and Rose that called themselves art dealers. Their request for Yahiro was the recovery of a mysterious being 『Kushinada』 said to possess the ability to make the Beasts obey.

The curtain rises on the new tale of a dragon and dragon slayer, spun by a boy and girl who met in the ruined city.