The Hidden Male Lead in the Game Is Obsessed With Me 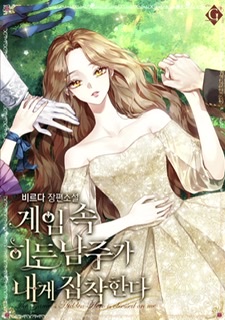 At an unknown time, I was trapped in the game seven times, failing to reach the ending. Frequently initialised by an “unknown bug”, this was my last chance. I will succeed. By any means necessary! As I had not been able to see the ending when I teamed up with Edrich, the “true male lead” of the game, I decided to attack the “hidden male lead” this time, which I had never conquered before.

The true identity of the hidden male lord is Johannes, the Grand Duke of Lagos, known as the killing angel of the battlefield.

With the help of the system, I offered a contract love affair in exchange for unraveling his curse.

[System: “Lifesaver” event is underway! Johannes’ likability will increase with a thank you greeting!]

If I were about to drown, his likeability would increase by only 1%. Maybe it’s because he’s a hidden male lead, but it’s not easy to increase his likability—.

Moreover, my ex-boyfriend Edrich, who is supposed to be initialized and has no previous memories, seems to remember me…?