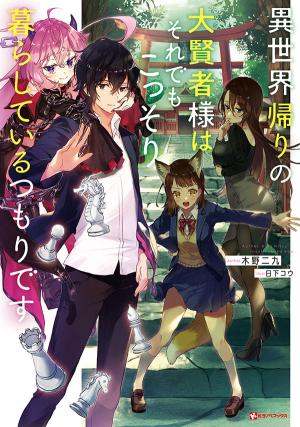 After being transported to another world at age 15, Saitou became a great sage, defeated the demon lord, and safely returned to Japan.

Expecting to live a humble life in his hometown, he instead discovered that 19 years had passed.

Not to mention after saving his beautiful former classmate and helping yokai, he finds himself drawing the attention of the mafia and modern day Japan’s supernatural organisations.

While trying to solve his problems peacefully, the yokai began to refer to him as Master, and the mafia and supernatural organisations started to call him things like Don and Boss…..

As his troubled days continue, it seems like he won’t be able to live a normal life.