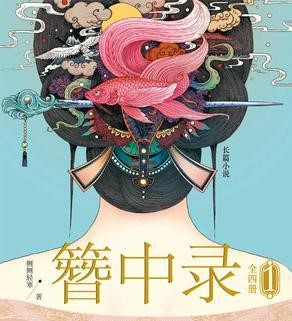 During the reign of Emperor Yizong in the Tang Dynasty, the well-known female detective Huang Zixia turned from a talented woman who solved crimes to a murderer who killed her whole family overnight, and became a wanted criminal hunted by the government with an arrest warrant in every county. Li Shubai was born a prince, but he was weighed down by the looming curses of “widowhood, loneliness and sickness” that followed him like an inescapable plague. When the emperor bestowed the marriage, the prospective princess consort behaved suspiciously, and the curse of “widowhood” was threatening to be realized.

Huang Zixia had fled to the capital alone seeking redressal of the tragic grievances that suddenly befell her, and met Li Shubai, the Prince of Kui by chance. Li Shubai, who saw through Huang Zixia’s disguise, promised to help her re-investigate the brutal murder of her family members to exonerate her of the charges. In exchange, he asked her to go undercover as an imperial eunuch and stay at the Prince Kui manor to investigate the unfathomable mystery that had been perturbing him for a long time.