The Glamorous Daily Life of a Fake Mistress 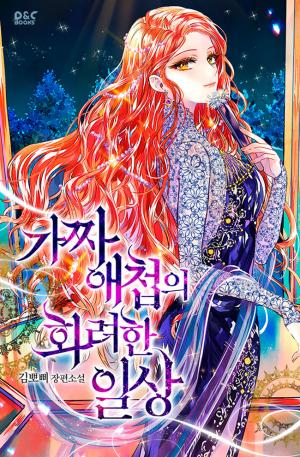 “I will no longer be used by you anymore!”

Sally became the mistress of the beloved Duke of Esteban.

But to the Duke, she was nothing but a tool.

Sally resented him and ended her life painfully.

When she opened her eyes again, she was back as a 16-year-old maid.

In order to avoid her future meeting with him, Sally decides to live as her shabby maid!

But this time, Sarah, the young lady Sally is serving, was chosen as Duke Esteban’s mistress!

“I’ll meet the Duke of Esteban instead of you, my lady.”

Unable to push Sarah, who is like a family member, into an unwanted path, Sally accepts the fate of meeting him again.

But she won’t be as unhappy as she was in the past.

Because she didn’t love him any more.

And the reason why the Duke, which I learned later, chose a woman of low status as his mistress is…

“The reason I need a fake mistress is to divorce a woman named as my wife.”

“Since it is a fake relationship, we won’t ever sleep together, right?”

“Of course, there will never be anything like that between us. Never.”

But contrary to his assurance, Duke Esteban gradually falls for Sally.