The Girl Who Ate a Death God (LN) 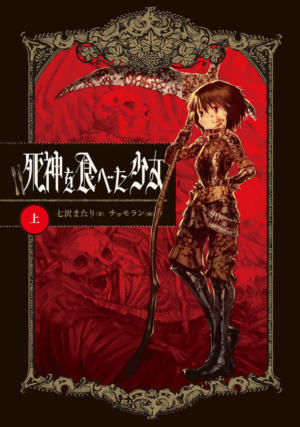 A fantasy war chronicle following a bloodstained girl as she races through the battlefields.

The girl who was born in a poor village, Shera, saw a “tasty-looking​” Death God behind the Liberation Force soldier who was attacking her. Shera ate the Death God before it could bring down its scythe on her.

She went on to become a soldier of her Kingdom’s Royal Army. With a giant scythe in her hands, she fought to destroy her enemy, the Imperial Army — And more importantly, to obtain delicious food.