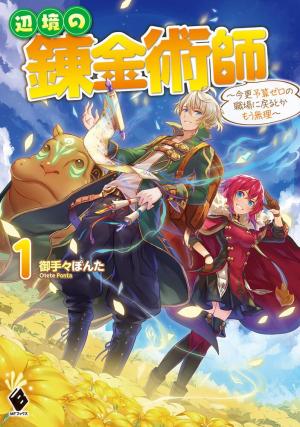 Rust worked in the alchemist association. He specialized in basic research, but the current president, a former government official, failed to understand the importance of the basic research department and slashed its budget. To make matters worse, he was made to transmute basic materials for alchemists of other departments.

But one day, his budget for the next term was reduced to zero, and the president announced the basic research department was disbanded.

The same day, a friend from his academy days invited him to help develop her new dominion in the borderland, and Rust, seeing no future for himself in the association, decided to quit.

Rust was actually one of the greatest alchemists on the planet. The basic materials he transmuted were of the highest quality, and could not be acquired anywhere else. These high quality materials covered a lot of gaps in the association, and Rust’s departure made a big mess.

Feeling liberated after leaving the association, Rust worked in the borderland with a newfound enthusiasm and vigor.