The Flower of Youth Blooms when He Smiles 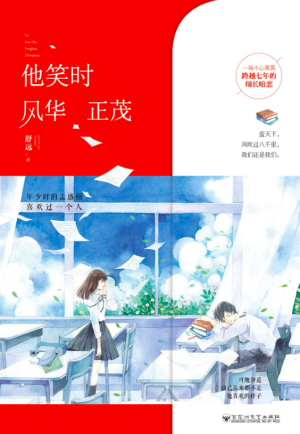 It wasn’t the first time she had met him.

However, at the time, in the corridor of the KTV, he smiled with charm as he hugged the girl in his arms.

It had left such a deep impression within her.

What happened later on?

Her boyfriend, Lu Sibei, luxuriously invited his group of friends. He came late.

Someone yelled, “You have to drink for being late.”

“Why didn’t you bring your girlfriend along?”

That person only smiled lightly, “We broke up.”

“Oh, how many months was it this time?”

That person lifted his eyes, his voice flat, “That’s enough.”

In the private booth, the lights were dimly lit. Meng Shengnan drank her cola with her head down, but the drink in her tongue tasted both cold and bitter.

At the time she hadn’t realised yet that later on, she really couldn’t have anyone else but him.

One sentence summary: A hooligan boy and a young girl