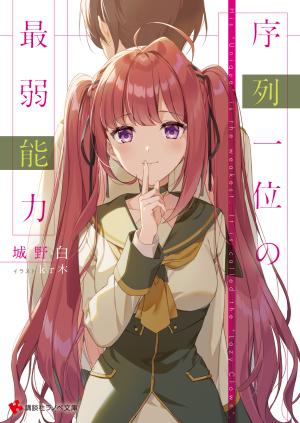 Ten years ago, that power went out of control, and the “Another ー” monsters were born.

And the people who deal with these monsters are called “subjugators.” One of the subjugators, Haruchika Yorikawa, who is ranked first in the Sapporo area, uses an ability called 【Lazy clown】.

A girl named Supika Maigami comes from Tokyo to study with him.

She was the lowest in the ranking order, a drop out if you will.

Haruchika is partnered with her. The top of the ranking order and a dropout.

This strange partnership soon turns into a solid bond…….!?

“I don’t care about the future. As long as we’re together now, I’m happy.”

They have it all—a coming-of-age story between a boy and a girl with a lack of abilities!