The First Kindergarten in the Universe 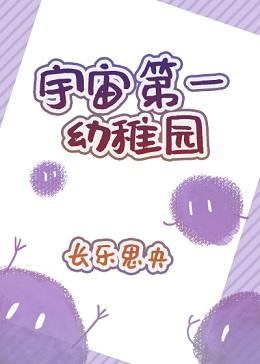 Start with a dilapidated kindergarten, upgrades all depend on fluffy!

Three thousand years after waking up, Xu Qiu, who was judged to be an unregistered resident, was exiled to a barren star with nothing.

The only building on the barren star was a dilapidated kindergarten.

The cubs in it are all dangerous elements sent from the major planets.

She only needs to serve in the kindergarten for one year to obtain the status of interstellar citizenship.

Although desolate kindergarten has nothing, it doesn’t matter, her system mall is coming along with her.

As long as the cubs were raised properly, she will get a new batch of cubs.

Xu Qiu: No matter what kind of strange cub, as long as it is fluffy, it will be all right!

Black Star built a kindergarten specifically to abandon all kinds of tenacious and dangerous cubs.

It’s called a kindergarten, but it’s actually a special prison

There has never been a childcare worker who can live to see the sun on the third day.

Later, people discovered that all the nouveau riche in the universe came from this forgotten kindergarten.

His Royal Highness the Crown Prince who was a national idol, the Justice of the Blood Presbyterian Church, the general who hears the wind and loses gall.

When they mentioned Xu Qiu, no matter how cold their eyes were, it would turn into a warm sun: She is super cute!

It has been detected that you have arrived at the barren Star.

You currently have ten cubs in total.

Your cub is hungry, please feed it.

You have a cub in a blackened state. Please give it a hug.

Build this barren planet into a dream home, girl!