The Film Emperor Asks for Divorce Every Day 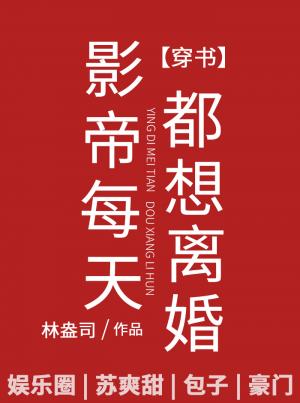 Film Emperor Ling Qing transmigrated and found himself on the receiving end of old dog blood scum abuse and must separate himself from the scum gong Yu Chen before he enters a cycle of pregnancy and miscarriage.

Ling Qing decided he must negotiate a divorce agreement.

Yu Chen was born a handsome wealthy man with countless men and women, and did not ask for marriage but married Ling Qing, who was useless except for his face.

Yu Chen was disgusted, “What a joke. If I touch him then I must be a dog.”

Ling Qing was overjoyed. Great, it should be easy to divorce this way.

However, one day passed, two days passed, and Yu Chen was always unwilling to divorce.

A few months later, Ling Qing finished filming and returned home to hear, “Why do I think this actor looks at Ling Qing with the wrong eyes? F*ck, he’s not gonna like Ling Qing is he? This frog wants to eat swan meat but he’s not a match!”

Friend: “He’s not worthy, are you worthy?”