The Female Lead is Raised by Bosses 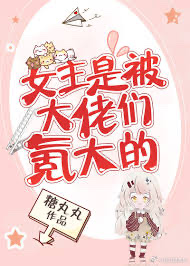 There were a few big bosses with different identities, all playing the same child raising apocalyptic game and raising the same daughter.

———they didn’t know about each other’s existence

The bosses would try all sorts of way to splurge on her every day, their only wish for their daughter to have the highest quality life possible during the apocalypse.

Bian Bian was given birth during the apocalypse and adopted by an elderly man. When she was five years old, grandpa got infected by the virus and turned into a zombie. And so, she became an orphan, living miserably every day.

One day, an ability user found that on a rooftop balcony was a little girl dressed in a beautiful princess dress, happily eating hot pot!

While behind her stood two zombies, each holding a bowl of ice to help her keep cool.

Later on, Bian Bian’s birth parents came to find her.

Want to snatch my darling daughter away? No way!

Not long after, the skies changed, dark clouds covered the world and true dragons swam in the skies.

The survivors were all trembling, only Bian Bian happily said, “My fathers are here to fetch me~”

Why is father plural!?