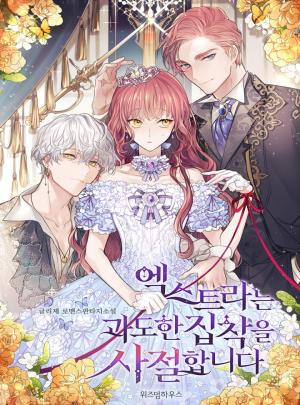 I thought I was just a one-liner unnamed commoner extra.

Until the villainous duke, who was known to kill every town he got into, came to light in pursuit of a single young lady.

“Duke Cedric is already halfway through the Empire. I heard he’s coming to this area this month.”

Why was the bloody duke looking for his youngest sister who had disappeared five years ago?

That sister’s description was the same as mine.

I think my life is ruined.

I then became the young lady known to be the youngest child of a villainous duke who is planning to kidnap and detain the heroine.

After this, I am going to live like calm water silently flowing and then I will run away. Because I don’t want to get involved in this crazy political drama in this damn novel.

But… why was everything so weird?

“Our Amelle, you don’t look so happy. Do you want me to buy an island and build a villa for you?”

My first brother, who kills people on a normal day, is so impatient to give me something.

“Our baby, can you just throw that away and live with your brother. I think I don’t like being a wizard better than I thought, no?”

The second child, who left the house ten years ago to become a wizard without any hesitation, came back again and attached himself to me.

“Don’t turn your eyes on the other one, Amelia.”

Even the world’s worst villain, who decreased the population of the continent in half in the original story, is interested in me.

“I’m sorry, gentlemen, but I’m taking the young lady with me today.”

No, even the heroine, whom I should kidnap, is kidnapping me instead?

All these humans must be crazy.

Would you mind getting away from me, please?