The Entire City Is My Husband 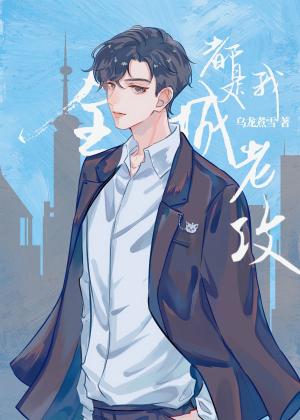 [Welcome to Lucid Dream City, please wait as we retrieve your memory…]

Recently widowed Chu Feng was getting ready to upload his boyfriend, Xie Shiyu, into the game.

They had grown up together and gotten married, but Xie Shiyu had unfortunately passed away in a plane crash. Chu Feng couldn’t accept this fate and thus chose to find solace like this.

The system extracted countless versions of Xie Shiyu from his memory and created Chu Feng’s Dream City from it.

“Chu Feng gege, I want a hug!” A 5-year-old Shiyu ran into his embrace.

“Let’s do it in my office later,” A 25-year-old President Xie wrapped his arm around his waist.

Chu Feng was very happy playing with the entire city of Xie Shiyus and thus lived happily ever after.

—That is, if you ignore the pain in his waist every night.

However, there was a curse in this happy Dream City.

The Xie Shiyus in his Dream City would also experience a terrible fate of death, whether it was the bus exploding, the playground catching fire, or the bridge cracking in half…

What was supposed to be a sweet couple game instantly turned into a survival game.

Chu Feng could only request the game to assign him a guardian for protection after that.

As a result, the system gave him the highest-ranked S guardian, X, to protect him.

But not long after, Chu Feng found that the S-ranked Guardian was a little over the top. He would hold his hand while disarming the bomb, grab his waist when jumping into the ocean, and princess carry him when walking out of a fire. There was even an instance where he brought Chu Feng to the 108th floor of the hotel to stargaze.

Chu Feng: I’m sorry but I’m taken. I have a boyfriend.

Guardian X: That’s not what the files in the system said.

Chu Feng: What does it say?