The Emperor and the Female Knight 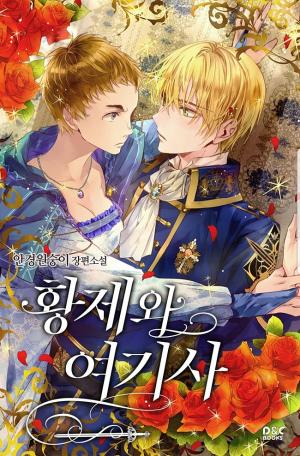 “You are looking lovelier by the day.”

“Is there anywhere that you feel is uncomfortable?”

The emperor of the continent, possessing both ability and looks, has fallen in love with a female knight tougher than any man! But before their comradeship turned into love…a story of a particularly new style of a ‘female knight romance’, divided into both solemnness and comedic relief by the golden ratio!

The female knight Pauliana stood on a disadvantaged battlefield, defeated by the Acrean army. She had desperately worked to survive in a patriarchal society, but she was now going to die.

However, the young Acrean king, Lucius the First, looked at her desperate struggle and threw out a suggestion.

“I have a dream. It is to continue to invade to the south and become the first emperor of this content. How is it. To follow me to set foot on the edge of this continent?”

Pauliana swore a lifetime of allegiance to the king who had recognized her. As a knight. But at the final stage of his campaign, Lucius the First realizes that he’s in love.

The him who wants her to be his ‘woman’ and the her who does her utmost to serve her ’emperor.’

On the battlefield of love, the emperor is the weaker party! The ideal chivalric romance vs. The peculiar palace romance, what will happen when the two collide?