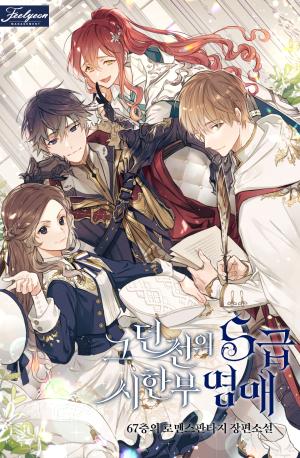 Shin Yuri was a dealer from the S-Class Hunter team who became possessed by the RP dungeon along with the rest of the team.

This dungeon, often known as the RP dungeon (role-playing dungeon), is a dungeon that imitates a person in the dungeon’s worldview. A place where I can’t clear with my existing abilities, but give a huge reward. Everything is good, but I, who used to break knives with my bare hands, become a frail noble Lady whose wrist breaks when picks up a knife?

Are you kidding me?

And the three team members who came in together,

One is the Emperor,

One is the Pope,

One is the Lord of Magic Tower?

Why am I the only one looking like this? While I was asking, my own abilities were unlocked.

[God’s Store : You can purchase anything for a price]

I thought it was amazing, but there is only one thing I can buy now.

Are you kidding me?

But is it the item that improves as it levels up?

“I told you. When the opportunity comes, I’ll die for you.”

From the guy who I thought was just a naughty childhood friend,

Even a man who makes a strange illusion.

[Dungeon goal: Prevent the end of the continent (1 year)]

Will they be able to break this dungeon and get out of it?