The Dungeon Harem I Built With My Elf S** Slave 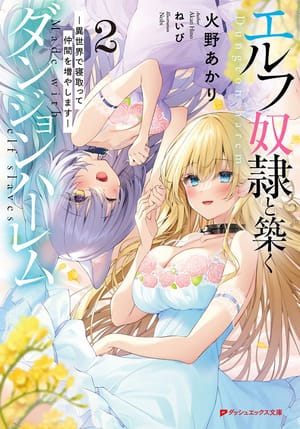 A reincarnated young man named Marth wants to conquer dungeons together with his elf slave, Lilia. However, he hardly made any progress due to him making love with her every day.

Then one day after they did it, Marth was told “Normally human males only have penises that are as big as a child’s finger, no?” such shocking words by Lilia after she was satisfied.

Marth knew that his beast was on the big side but he didn’t think that it would be on the same level as a cheat. With Lilia’s suggestion, he decided to steal some girls over from other parties to increase their number of companions.

He is stealing girls but he doesn’t get his girls stolen.

It’s a heartwarming type of story, not a brutal one.

It’s not the kind of story where he goes around forcing himself on others either.