The Demon Venerable Constantly Thinks of Him 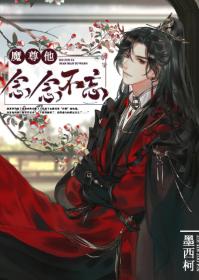 After transmigrating into a book, Chi Muyao was forced inside a small hidden cave with the villain Xi Huai. Xi Huai was confined by chains, and his spiritual power was sealed.

Chi Muyao was in an extremely awkward situation. He needed to cultivate the Foundation Establishment to unseal the restrictions of the cave before they could be rescued.

But…he was a male cultivator of the Hehuan Sect ahhhhhhhh! How could he possibly cultivate with the high and mighty villain? Readers who had read the book knew that the cannon fodder that took Xi Huai’s cultivation died miserably.

Run! After breaking the seal, he immediately escaped without a trace!

After Xi Huai was saved, he was suddenly possessed and went crazy, searching for a man in the Three Realms.

Xi Huai didn’t know his name or his appearance. He only knew that the man was a male disciple of the Hehuan Sect.

Presumably, once he found that kid who had practiced with him for three years, he would surely kill him in an instant for satisfaction.

A young man with a devil’s flame stood in front of the people. Rumors had it that he was ruthless and tyrannical, unrestrained and reckless, and he had now become a nightmare of the prestigious and upright sects.

There must be a conspiracy in this trip.

When the crowd was on guard, they saw Xi Huai suddenly get close to Chi Muyao and slightly squinted as he looked at him: “Your cultivation has not improved much. Is it because it’s without my assistance?”

Chi Muyao played dumb: “Fellow Daoist, why did you say that?”

Xi Huai, the madman of the cultivation world, abruptly went quiet and was keen to “torture” Chi Muyao in his cave.

At night, Chi Muyao could only bitterly plead: I can’t cultivate anymore. My cultivation level is about to exceed that of the Sect Master…”

Chi Muyao thought he was being hunted but didn’t expect to become the white moonlight of the Demon Venerable.