The Demon Lord Is Fleeing For His Life Again Today 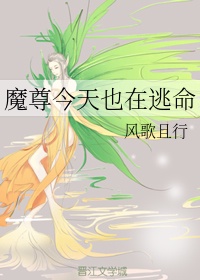 Rumor has it that Lou Muge, who died miserably, was summoned back to the world. He threatened to fight for the throne of the Demon Realm, raised tens of thousands of demons to attack the Immortal Realm, and harmed the peace of the Human Realm, stirring the balance of the six realms, and regaining his all-powerful image before his rebirth.

Lou Muge, who was thinking about how to save his life every day: I did not. This is a rumor!

Rumor has it that Ning Shaosi hated his master to the core. He not only cursed Lou Muge on his dying breath, but also burned his residence to the ground after his death. People say that Lou Muge’s greatest enemy on his return is his former apprentice.

Unbeknownst to all, this man kept thinking about how to push his master onto the bed every day, and his mind was stuffed with obscene garbage.

Lou Muge: ??? Is he suggesting something to me

This is probably a story in which everyone thought there was a blood feud between master and disciple, but in fact, the two loved each other devotedly.