The Demon King Took Off His Little Horns 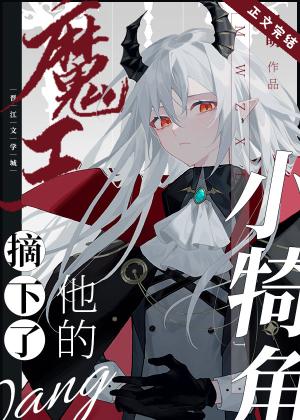 300 years after becoming the Demon King, the war angel Ansel faced a serious problem during a certain expedition.

——His halo grew out once again.

Ansel picked an auspicious place that was definitely and absolutely unmanned, and while cursing, he simply and skillfully broke off the newly emerged angelic aperture.

This thing was growing out faster and faster!

When will his undercover mission end already?!

The demon realm was divided and ruled by three kings. Demon King Saros was forced to go on an expedition with his sworn enemy, Ansel.

One day, he noticed Ansel sneaking away from everyone.

Saros decisively followed him, and was shocked to find that his sworn enemy, another demon king of the demon realm, took off a horn headband and fake bat wings. As Ansel cursed up and down, Saros watched as he skillfully removed a cute halo from his head.

This irritable, easily angered guy who loves fighting; the type that was cute when he shuts up but could make even demons angered to the point of ascending to heaven the moment he opens his mouth…