The Demon King of the Frontier Life, Reincarnated to Become the Strongest Mage ~The Former Demon King Who Grows Up While Being Loved, Wants to Know Humans~ (LN) 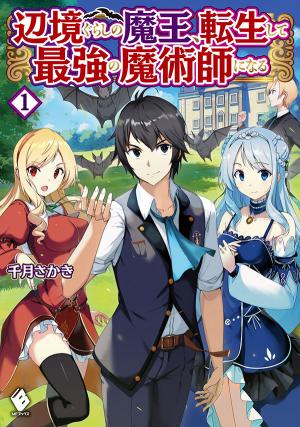 In a certain frontier, there lived a mage known as ‘The Lone Demon King’.

He was just a creature that never grew old, but he was loved by the villagers as something like a Guardian Deity.

However, he was destroyed by a magic organization that regarded his existence as dangerous.

200 years later, he was reincarnated as the second son of a noble family and had acquired the strongest magic power.

“…This time, I’ll pretend to be a human skillfully”

However, being a human lover, he didn’t particularly thought of revenge, but decided to master the pretense of being human in this life.

In his previous life, he was the Guardian Deity of a region, and in this life, he is a local noble, but he doesn’t know common sense. He doesn’t even know how to take it easy.

As the second son of a noble, he was loved by his family and friends, and while he was revered as a master of magic by the Magic Guild, he rose to become the ‘Immortal Mage’ behind the scenes.