The Day I Played with Ronaldo 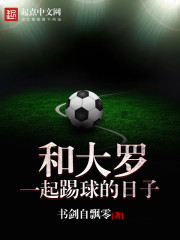 This is a nearly omnipotent Ronaldo who has not been plagued by injuries.

As a huge fan of Ronaldo, Licado is his biggest supporter?

And when he himself picked up the Golden Globe for the first time said, “He [Ronaldo] didn’t lose to me, he wouldn’t lose to anyone,” . He just lost to time … ”

Without a system, without a golden finger, rebirth is his greatest luck.