The Darkness Was Comfortable for Me 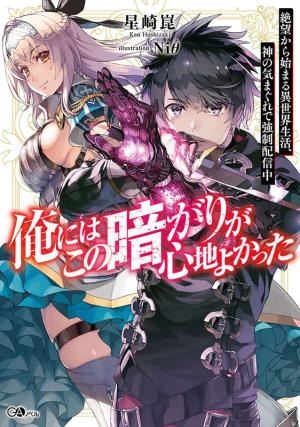 The unrest began with the words of God which were displayed around the world.

Kurose Hikaru, whose childhood friend was chosen, was killed on the day of transfer along with her. However, for some reason Hikaru didn’t die and was instead chosen to 『Transfer to another world where all actions are broadcast live to Earth』.

Thrust into this ominous place without any preparation, and despite facing the danger of death many times, he managed to survive using his gift the dark spirit technique.

「I can’t die. Everyone is supporting me on Earth–」

This is the tale of a boy loved by spirits who walks forward despite being thrown around in front of the viewers.