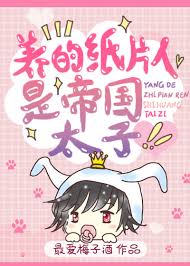 Yu Xingqiao has suffered from an immune deficiency disease since childhood. Because of this, he has to stay in a sterile room. Fortunately, he is accompanied by various electronic products.

When his nurse lady recommended an app for raising cubs, he refused at first, but after accidentally playing it——

His family’s little Jun Lu was so soft and cute but has nothing, so pitiful.

Have to buy buy buy for him!

Wow, my good cub grows up to be so handsome, he must be given krypton!

As the son of the richest man, Yu Xingqiao has nothing but a lot of money.

The crown prince of the Empire, Jun Lu, suffered a vicious attack, lost all his power and was forced to change back to his infant form. He had to live incognito and suffer from all kinds of humiliation. One day, he was found by a self-proclaimed system and was asked to sign an agreement with him.

As long as he can get revenge, he is willing to sacrifice his soul to the devil!

After receiving many “god’s gifts”, he finally couldn’t help asking the system, what exactly did the master want?

Does he want my life, or… to kill someone?

After a long time, a line of shy little words appeared in the void: I…I want to see your abdominal muscles.