The Cry of the Phoenix Which Reached the Ninth Heaven 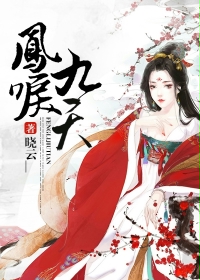 For the two-faced Emperor she gave her everything, yet she ended up with the fate of being gotten rid of once her usefulness ended and even lost her son’s life. Reborn as a human, she appears to be a fool, but meeting a god she’ll kill a god, meeting Buddha she’ll kill Buddha, pretending to be a pig in order to eat the tiger! She got rid of the malicious legitimate mother, slaughtered the snake-like legitimate elder sister, scared silly the heartless father, and angered the two-faced Emperor to death. Finally she can leave free and unfettered, but behind her followed a bunch of lovestruck pretty boys. So many tails, how to shake them off!

Yao Mo Xin, the empress of Da Chu died in a cruel way a day after she gave birth at the hands of her husband the emperor, Ye Hong Yi, and her legitimate second sister, Yao Shu Ran. Ye Hong Yi got the throne because of the smartness of Yao Mo Xin, but he hated her because she made him feel like a useless person who needed a woman to become the emperor.

Her soul got in the body of her illegitimate third sister from the same mother Yao Mo Wan. Yao Mo Wan has the mentality of a child because the legitimate wife of her father fed poison to her mother while she was carrying Yao Mo Wan. Yao Mo Xin wants revenge for everything that happened to her, so she seduced the emperor and began her plan of taking everything away from him. She did that while pretending to still have the mentality of a child. She also wants to repay Ye Jun Qing back for everything he did for her while she was Yao Mo Xin. In the process of revenge, she met many people who will fall in love with her wit and intelligence.