The Crown Prince is Actually a Princess! 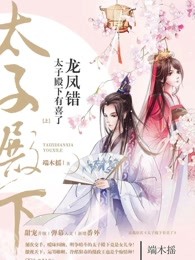 For 18 years she disguised herself as a man, and what a man: the Crown Prince of the Yan Kingdom. Now in order to kill her greatest enemy, the current Prince Regent, she ended up in his hands. Will she be able to keep her secret identity and succeed in killing him? Or will love bloom from hatred?

“His Royal Highness is Pregnant!” tells the story of Prince Murong Ci, the Crown Prince of the East Palace of the Great Yan State, who disguised herself as a man for eighteen years and protected herself as a “Straw Prince” and cultivated power in secret. Her opponent, Murong Yu, the auxiliary Prince Regent, who was given the Emperor’s surname by the Emperor of Yan, had great martial skills and power, cruel and vicious, strategizing, and eyeing the Emperor’s power. In order to regain the real power of the Murong clan, Murong Ci meticulously planned an assassination of the Regent, but she ended up beginning a strange relationship between them… a strange love. She grew from being the “Straw Prince” to being the Emperor, he grew from being a domineering Prince Regent to a Wife-loving Demon.