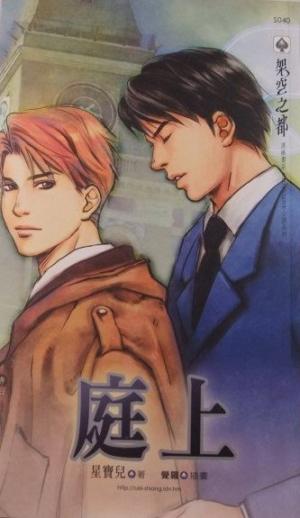 Working in judicial field, the young prosecutor, Wei Cai in court had a majestic, imposing appearance.

However even he got good appearance, he was actually a troubled aging bachelor who had a problem finding a girlfriend.

An accidental opportunity that caused him, Wei Cai, beaming with joy who had rushed to go to the Colleagues Introduction Fellowship Society or commonly known as matchmaking ceremony.

However, he not only failed to meet a beauty, but he unexpectedly met his work opponent —— young and handsome lawyer, Li Jia De. Accidental encounters with a common interest had gradually narrowed the distance between these two.

Didn’t let others to have frivolous desire, nor let people pay all of their passions, both of their feelings slowly grow from nothing until unknowingly crossed the boundaries of friendship. On the court, they exchanged heated verbal debate, and off the court they show full of tender feelings; legal principle and emotional battle, it is so wonderful that you cannot miss it.