The Counterattack Plan of A Villain With Ten Thousand Fans 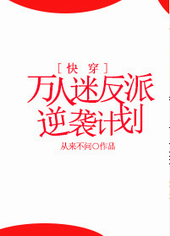 Before the disfigurement, everyone loved Ling Chu Nan. After the disfigurement, Ling Chu Nan became a plague that everyone avoided. He was held on captive by his own agent afterwards because he was so ugly now, desecrating his love. Finally, Ling Chi Nan chewed himself to death because he was starving. After his death, a thing that claimed to be the counterattack system 098 found him.

A long time after, a certain counterattack system of a host with a 100% success rate posted a message in the System Forums.

《Emergency Help Request, my host is a masochist! He won’t be happy if every meals doesn’t have meat, and if he doesn’t have meat to eat, he will start to gnaw himself! How to treat this illness?!》

Great God : No need. I have a fast recovering ability. I will let him bite me.