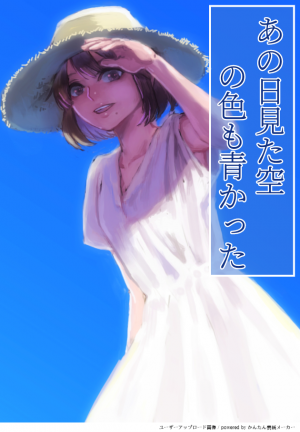 On that day, in that sea. It was her who had taught me the meaning of life—

Oosakabe Kengo, a young man responsible for a bus accident that resulted in the deaths of many passengers.

He left everything behind and went into a picturesque spot in Iwate Prefecture, Joudogahama, in order to heal his trauma.

There, he meets a female college student named Shirakisawa Honoka. Before long, he becomes increasingly attracted to her throughout his stay at a guest house managed by her mother’s family.

Eventually, both of them had fallen for each other. However, the weight of his past, a tragic accident, hangs like a cross of sin over his shoulders.

“Just for two years, I want you to wait.”

The following day after he had made a decision for all the troubles he had, he came in contact with the astonishing truth of Shirakisawa Honoka—.