The Cold-faced Count Doesn’t Want To Trigger The Plot 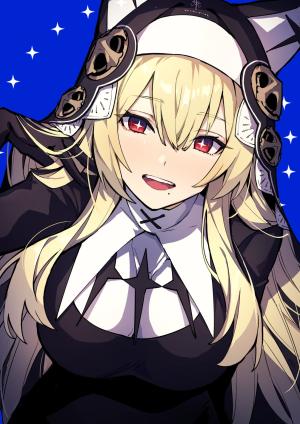 Li Wei, who was hit by a speeding truck, came to the world of GALGAME unexpectedly and became the handsome Count Riber Kaemprett with a stone-cold face.

Due to Riber’s slightly bizarre death, Li Wei always felt that there was someone next to him who wanted to harm him.

As time went on, Li Wei found that the people around him were not quite right.

The indifferent maid seemed to be the minion of a mysterious organization, the chef who had lousy cooking skills dared to confront his master, the honest and loyal housekeeper could ride a flying horse, and even the rickety gardener could jump ten meters high.

The most important thing was that Riber was so handsome that he was not the protagonist, but a villain.

So, looking at “Holy Maiden” who was locked in the dungeon by the previous owner of his current body, and looking at the triggered plot called “Kaemprett’s Karmic Fire”, Li Wei felt that he was probably not far away from death.