The Chuunibyou Sitting Next To Me Calls Me “You, Who Live In Darkness!” 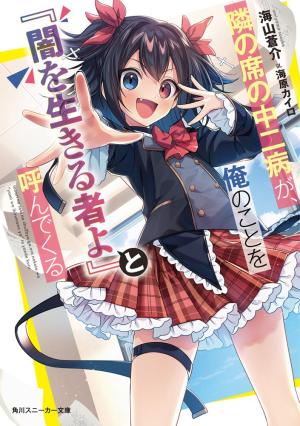 The assassin, Nekomaru Kuroki, who had infiltrated the high school on a secret mission, was astonished.

“I have been waiting for you, inhabitant of the dark world like me!”

A mysterious girl calls out to him with an aura that sets her apart from other humans.

“Are you my target, the Red Dragon, huh?” (no, she’s just chuunibyou)

Calling Nekomaru’s name in her sleep, sharing her homemade bento with him, and showing an innocent smile from time to time despite her usual fearlessness and ostentatiousness.

Is she trying to catch me off guard ……?!

On the other hand, she was also mistaken.

“I can’t believe I’m meeting a comrade who has the same chuunibyou as me. ……” (No, he’s a real assassin)

A chunibyo and an assassin. Despite all their differences, “residents of the darkness” are attracted to each other!