The Chronicle of the Oriole Island 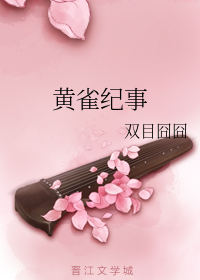 The Oriole Island belonged to the famous and notable Murong family. The current island owner was a young girl Murong Qiang. Because of her father’s death, she was surrounded by lots of ambitious people in the capital. Then she went back to the Oriole Island with her widowed mother and young sister. Murong Qiang’s sister, Murong Wei, a gorgeous beauty was engaged with the nobleman Ren Shiqiong, but she eloped with the famous painter Xu Zihui. So Murong Qiang married Ren Shiqiong instead of her sister.

The story was such simple: younger sister ran off with another man, older sister married her fiance instead of her! But because of the author’s clever description methods, this short story with less than 40,000 words was particularly interesting and vivid!

Seven people said the same story, but the whole story was not clear until the end, and the story was always reversed back and forth.

Maybe in the end you were going to ask me, was this the original story?

I don’t know either.