The Boy Who Had Been Continuously Burned by the Fires of Hell. Revived, He Becomes the Strongest Flame User. 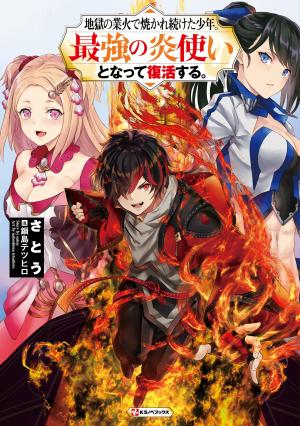 A young boy named Valflare, also known as Flare, lives in a “sorcerer’s village” at the far end of the world.

With no one to look after him, Flare lives a peaceful life, learning from his parent and teacher, Tuck, the martial art of Jutouryuu, a combination of spellcraft and martial arts.

However, there was a big secret in this village of sorcerers. The sorcerers were the guardians of the Hell Gate, the entrance to hell where the flames of hell burn.

Once every hundred years, a sacrifice had to be made to the Hell Gate.

The one chosen for the sacrifice was Flare.

Flare was burned as a sacrifice to hellfire…