The Boss is Very Busy 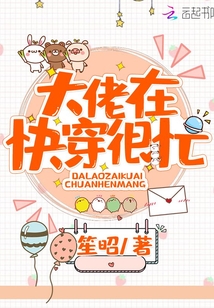 The gangster is about to pass through—the MuMian BeiKeng system( 木棉被坑) has been abducted and start the quest.

Her task is to first pick up the male god and then dump him.

He lowered his eyelashes slightly, his voice was low and hoarse. “You have to be responsible if you don’t like it.”

So the shadow of a male god began to appear in every world.

—The boy’s fingertips were hot and he held the girl in his arms.