The Best of Tomorrow 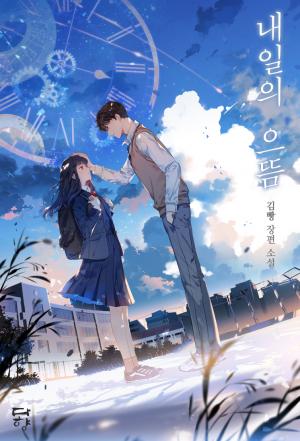 Im-sol is an ordinary student who is about to graduate from college.

Hiding the fact that she is a fan of Ryu Seon-jae, the fifth member of the Idol group ‘Potato Pancakes’,

Right now, she is doing cosplay in public.

Then one day, because of an accident, Ryu Seon-jae died and Im-Sol, who was in sorrow, accidentally picked up a pocket watch and made a time leap to the past, six years ago.….

No matter how much she blinked and squinted at him, he was standing alive, right before her.

Ryu Seon-jae, a high school student who she only saw in the picture, was right in front of her eyes.

This may be an opportunity.

An opportunity to prevent Ryu Seon-jae from joining Potato Pancakes and becoming its 5th ‘unlucky’ member.

An opportunity to save Ryu Seon-jae, who died at the age of 23 with no luck because he took a wrong cold medicine.

Eighteen to live again, with only one goal.

It is to save Ryu Seon-jae!

To save the best in the past,