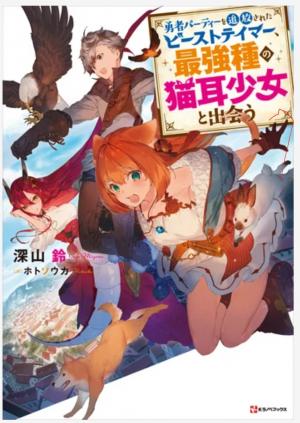 Beast Tamer Rein, who uses animals, has fought as a party of heroes. However, Rein, who has no other merits, gradually becomes unable to keep up with the battle. “You’re nothing but useless to use animals. You’re fired.” Finally, Rein is banished from the party. From now on, let’s live freely regardless of saving the world. Rein decides to become an adventurer, but at that time, he meets his destiny. On the other hand, the brave party was unaware. Until now, it was Rein who was able to fight the Demon King’s army .