The Beast Attached to Lily Fragrance 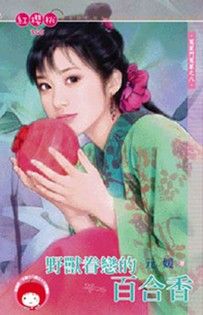 Huh … Why is she so unlucky?

She just happened to bump into him naked and he had been chasing her for five years!

Come on, her eyes were all fixed on his evil beauty’s face at all time and there’s no other part where she was looking at, that she shouldn’t be!

After years of chasing, she was finally “blocked” by him and brought back to the famous killer building in Jianghu by this murderous man.

But this man doesn’t understand what was going on. His eyes were glued to her all day long and seemed to be the only one in his eyes. Letting her heart crisp and numb so she never thought of running away again…

Until his emotions broke out, but he was holding back the desire of her body and avoided her.

She knew that it will be alright if she could just let him endure one night just like he used to, but she was so distressed that she couldn’t let him suffer alone…