The Annals of the Flame kingdom (LN) 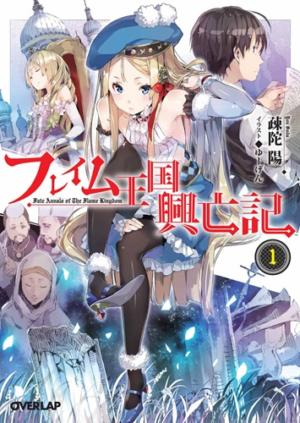 Our hero, “Matsushiro Kota,” is an ordinary salaryman brought to a world similar to medieval period Europe! This world does contain empires that propagate evil to destroy humanity; this is not a story about that which disturbs the laws of the universe, but about a peaceful place in the “Orukena continent,” plagued with a problem bigger than anything else…… deficit government bonds! A trashed economy!!!

Crashing stock prices, the storm of debt defaulters occurring with the currency collapse, the failure of derivatives, conservative mainstream of the Senate, elder statesmen, who, with cunning and harassment, further the state of famine and war. It’s a time where the sword cannot aid in solving problems, but for the inherent wisdom and courage to rise above all

……You are now witnessing history in making.