The Affectionate Film Emperor Only Loves Me 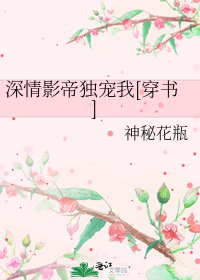 Lin Jianghe was a college student who suddenly kicked the bucket halfway through his game in the middle of the night. Even before he could mourn his own death, he found himself living the life of a small artist inside the world of a book.

But why did he have to suffer from terminal cancer, facing a life and death crisis with just a few more months left to live, right after he crossed over?

Nevermind, at least he had the food system that allowed him to exchange for his life value by making others experience the pleasure of indulging in delicacies…….

And that was how Lin Jianghe embarked on a path of no return to persuade people to grow fat. Sigh, live really had become more and more colorful,,,

After being reborn, Du Tong vowed that in this life, he would never again be tender-hearted towards his stepmother and second brother. The last thing he wanted to do was marry the person his stepmother introduced to him. He originally decided to treat this male wife as a vase, but little did he know that one day he would treat the same person as his little ancestor.

Ever since he married Lin Jianghe, Du Tong’s life had been getting better and better, so how could his stepmother sit still?

“I’ll give you a million dollars to leave my son!”

“Even Thirty Million is impossible! My love for Du Tong is as high as the mountains and as deep as the sea. Even if the mountains lose their edges and the rivers are exhausted, even if thunderstorms rage in winters, and summers are filled with rain and snow, even if heaven and earth collide, you can’t destroy the bond between us!”