The Adventures Of The Black Cat Nyango – I’ve Received A Rare Attribute, So I Aim To Be A Carefree Adventurer 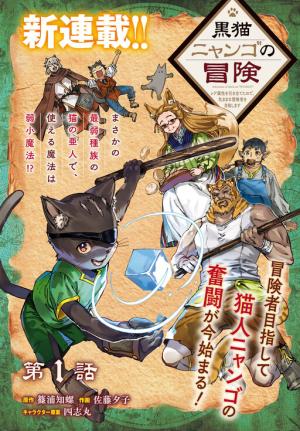 A boy who was killed in an accident after a bullying in the stairs is reborn as a catkin in another world.

In his new catkin body, which is said to be inferior in physical strength, magic, and even intelligence, the boy aims for a carefree adventurer’s life, making full use of his rare attribute magic that is said to be useless.

He enjoys the festival stall with his childhood friend, making the bullies of this world gasp, fleeing for his life when chased by goblins, challenging Kobolds in desperate battles, and other adventures of the black cat Nyango.