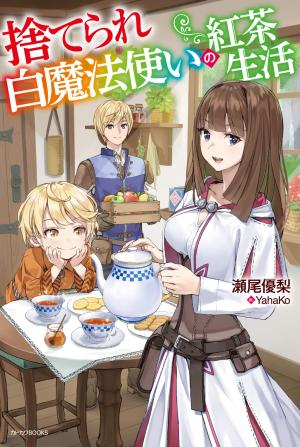 “Thank you for your efforts so far, Amalia.”

Amalia, a white magician, was traveling in a party with her friends, but when the group failed to defeat the dragon, Amalia was mocked as a “useless old woman” and was abandoned on the dragon mountain.

Amalia was ready to die, but the golden dragon took a liking to her and took her to the Demon World to heal her injuries.

The dragon seemed to be interested in the Human World and took the form of a human child to live with Amalia in the countryside.

Amalia was living with the dragon child, making the most of her skills in white magic and her favorite hobby of making tea, when a mercenary appeared in front of her.

He was once the young boy that Amalia had lovingly raised in the orphanage.