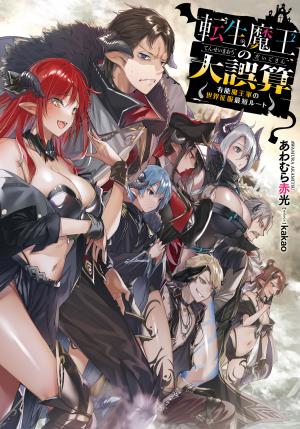 He doesn’t want to win, yet he does all the time! The talented Demon King’s army is on a winning streak!

The most powerful Demon King of all time, Kengo, has a secret that he can never reveal.

[The situation is worse than it was before his reincarnation!]

In his previous life, he was Kengo Inui, a harmless high school student who got mistaken for his Yankee twin brother and died.

This time, Kengo wants to live a peaceful life, but the more vicious demons he takes under his wings, the more he’s on the edge of his seat, wondering when they’ll discover his true nature!

When he, the master of defensive magic, saves a life, he is revered as an invincible king. If he listens to his subjects, he is praised as a great ruler who’s attentive to their needs. But he doesn’t dare to spend time with his harem and is a popular loner.

His second life is sailing smoothly!

This is the success story of a reincarnated Demon King. One that is overwhelmed with his strength and power and whose fame explodes due to a series of mistakes!