Tengu-sama And The Eternal Vow 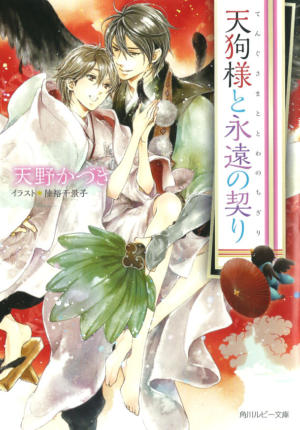 On the day that he had decided to leave the company he worked at that exploited its employees, in front of the orphan Yukino for the first time in 13 years his sole childhood friend Izuna appeared and suddenly tried to take him away.

Long ago someone had said: “When I become an adult, come for me.” “At that time I want you to become my spouse,” but that was, after all, only a childhood promise.

He refused him saying that it was impossible for the male him to become a bride, but Izuna, revealing that he is a Tengu, took Yukino away to Shinto shrine precincts (or some holy precincts, not too sure).

In addition because it is necessary for the sake of adapting to the shrine for divinity to be poured inside of him, Yukino is continuously being embraced by Izuna…?

A love story spanning into eternity between a Tengu and a human child who became the Tengu’s bride.